Just perfect weather for riding this afternoon; clear blue skies and a balmy 26 degrees.
Rode the MRT north for 20 minutes to the end of the Red Line: Ciaotou Station. 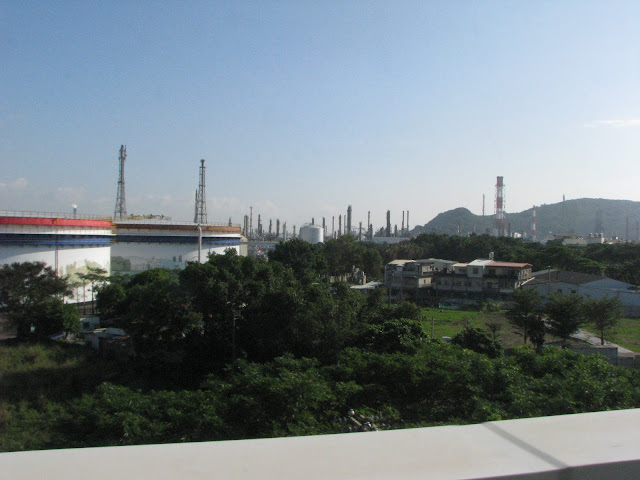 The Nantze Industrial Zone that I was avoiding riding through by taking the MRT. 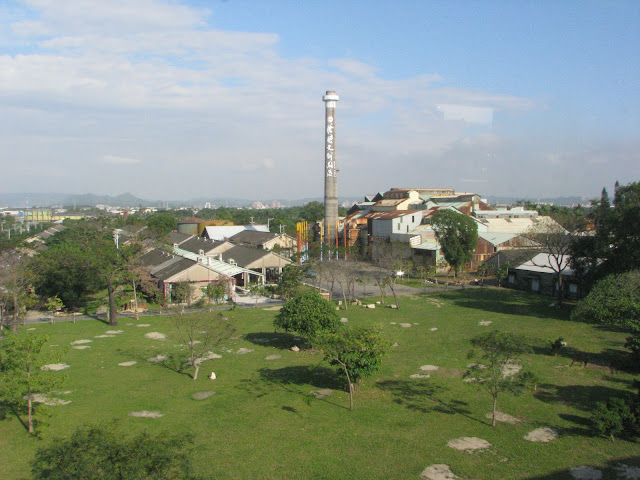 Turned right out of the MRT station, and travelled north on Highway 1 for a couple of minutes before making a left when I saw the purple bridge. 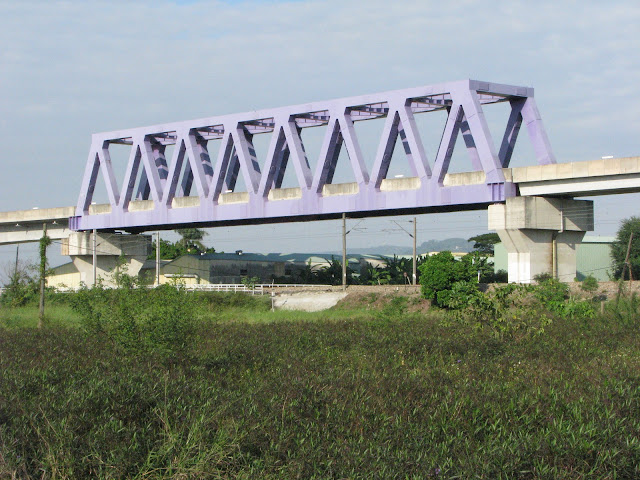 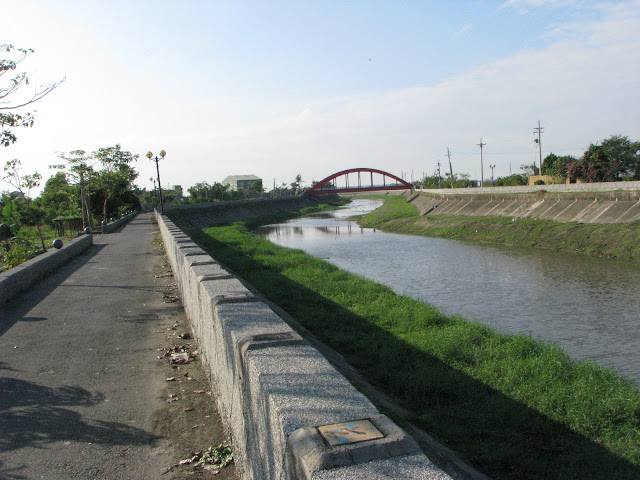 Followed a quiet riverside bike path west to a red bridge and headed north to Gangshan. 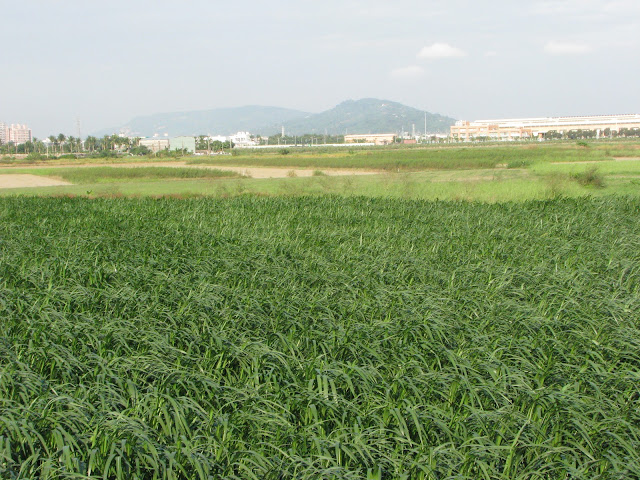 So much nicer riding through this than along Highway 1 with all the big trucks.

The town of Gangshan used to be called Agongdian until the Japanese renamed it in 1920. The Agongdian reservoir is just to the east of the mountain in the photo above and the Agongdian river flows west to the ocean right through the center of town. 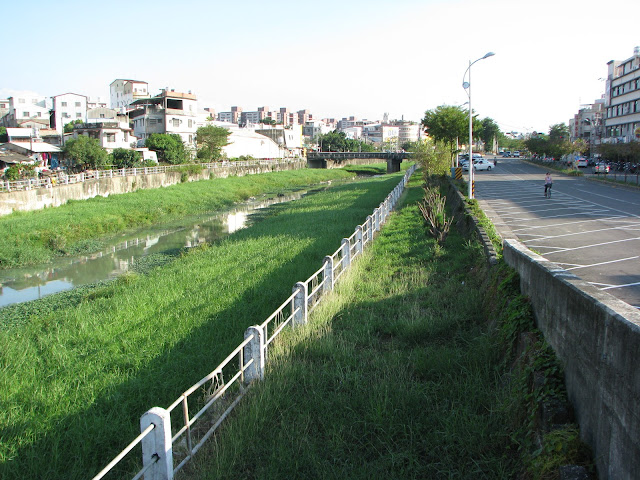 Following the river through Gangshan. 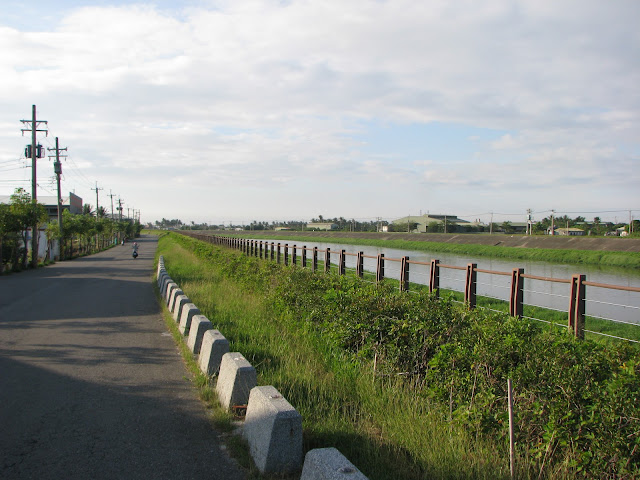 Riding through Gangshan only takes about 5 minutes and soon the road was quiet again as I fought a headwind toward the coast. 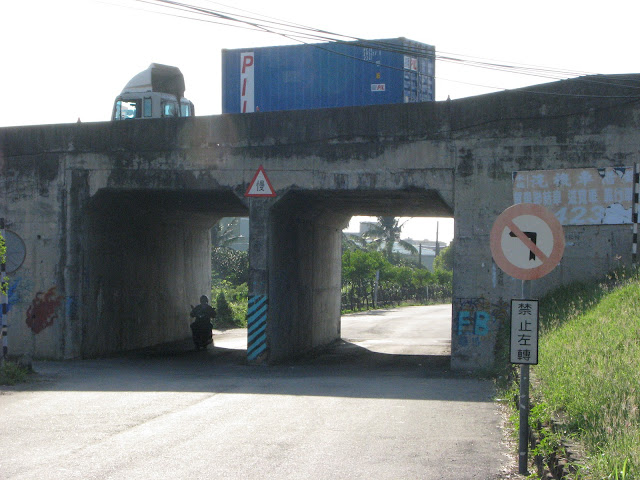 Under the busy Highway 17. 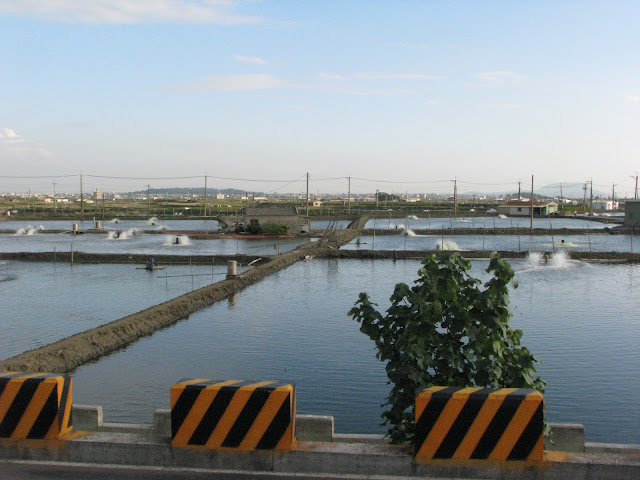 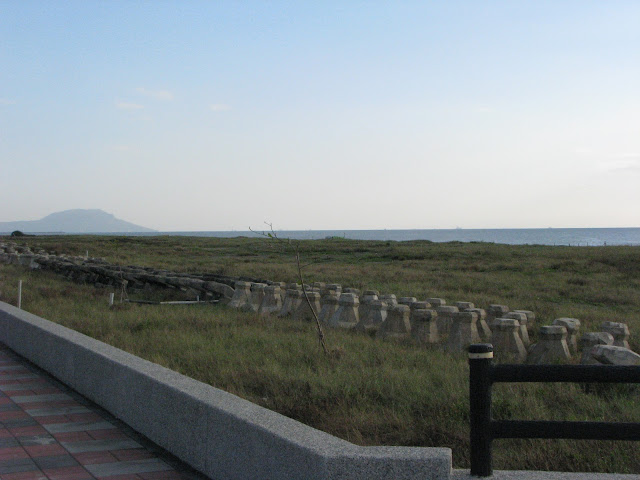 The ocean at last. 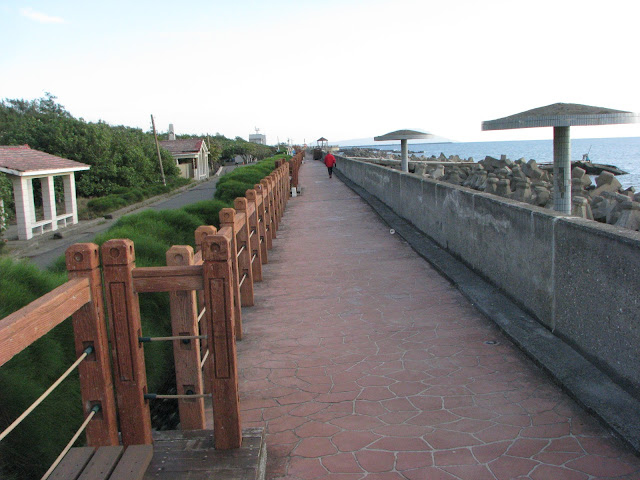 Sadly, much of the coastline on this 5km stretch was covered with concrete jacks; not quite the escape from the concrete jungle I had hoped for. The sound of the ocean and a strong tailwind kept my spirits up though. 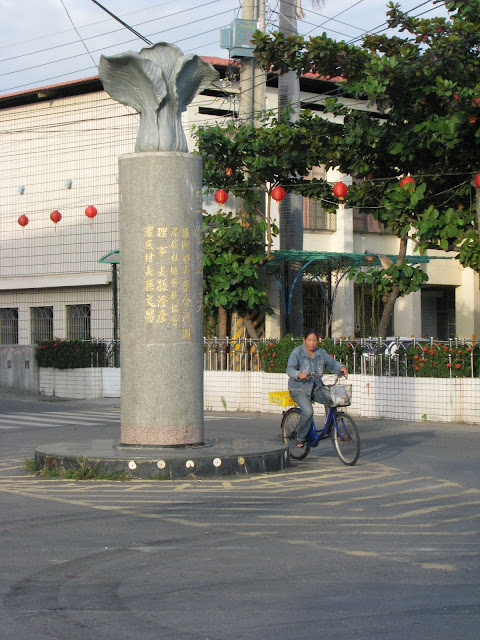 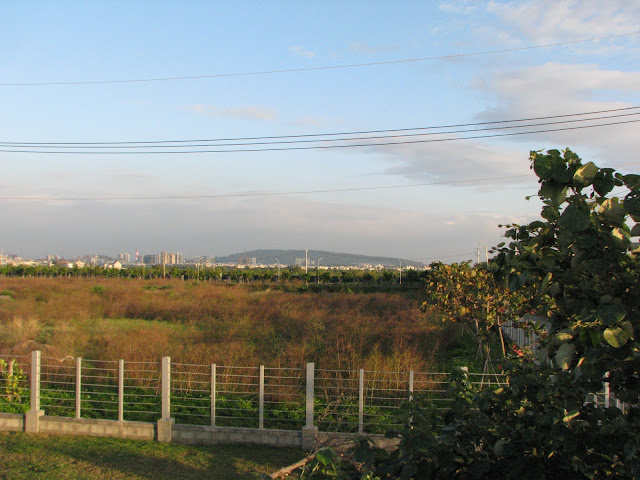 The Yuanfugang Wetland Park just north of the naval base in Nantze is the last bit of greenery on this ride as the road soon spits you out onto Highway 17 which I followed back into the city.