Haven't been to Lotus Lake in quite a while, so thought I'd take spin around with my son this afternoon. We hooked-up with the bike path at Kaohsiung Arena on Boai rd. and headed along the backside of the Zoying Train Station.  It's currently receiving a new addition that looks like it will now be accessible from our side of the tracks - great. 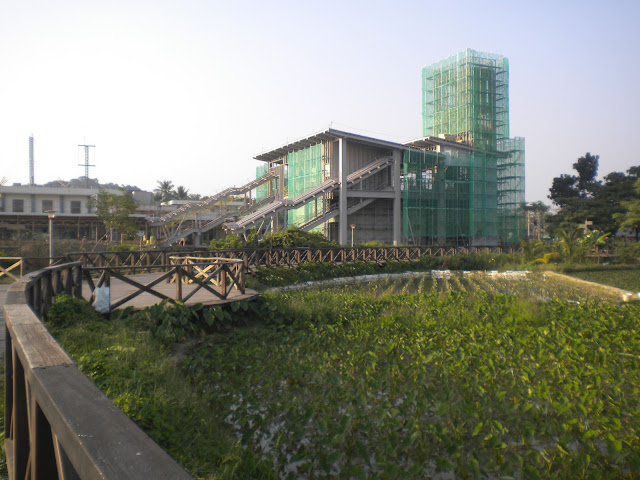 It's a heck of a lot safer crossing Highway 17 with the new bike bridge than the last time I was out this way. 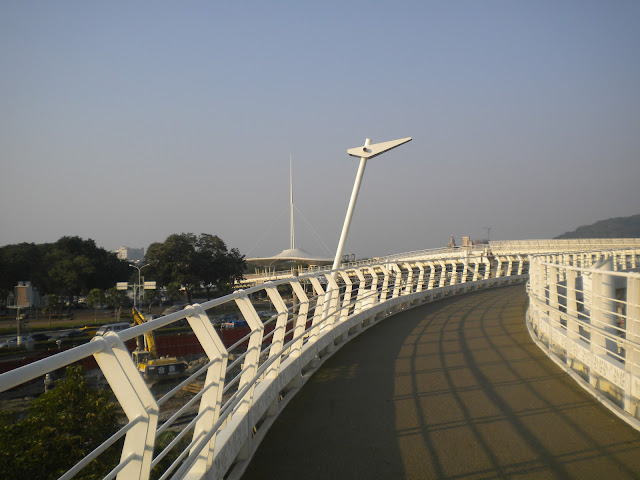 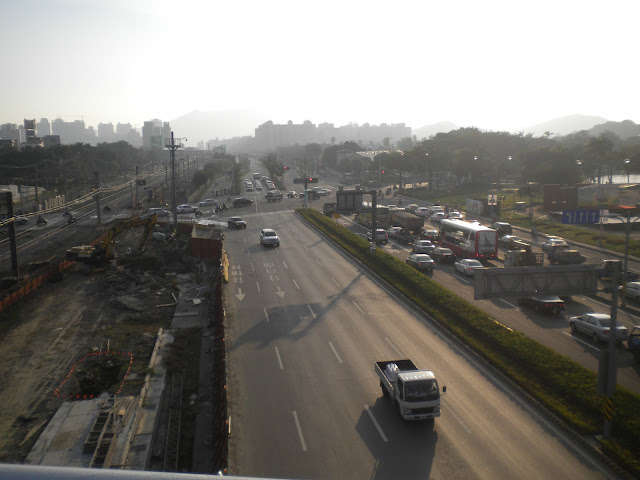 My son wasn't too keen on all the photography stops; he'd heard stories about dragons and tigers at this lake and wanted to get underway ASAP lest we miss them. 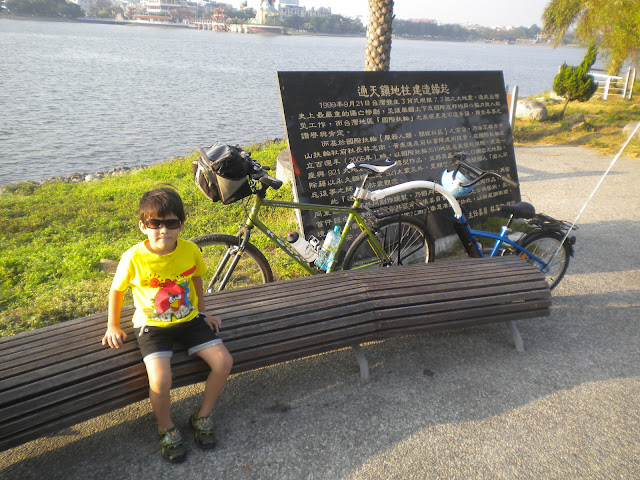 A number of surprises awaited at the lake today; the first of which was Water Skiing!
You just never know what's around the corner in Taiwan. 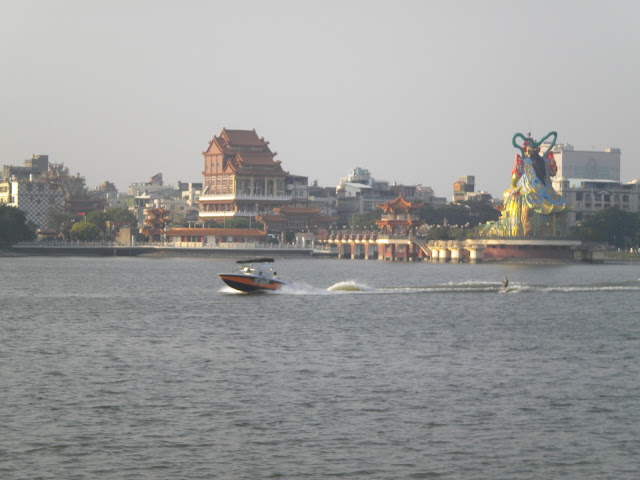 The trail around the lake is quite shady and is pretty busy at any time of day. Although there are clearly marked paths for walking and others for cycling, most of the walkers and runners use the cycling path because the surface is better. People were pretty good at getting out the way when they heard us coming though. 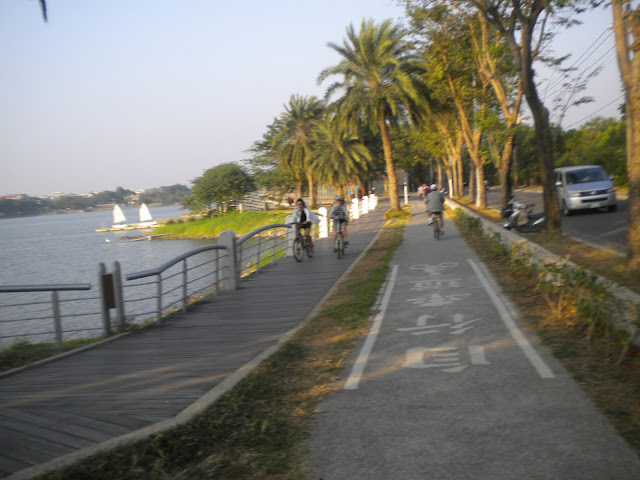 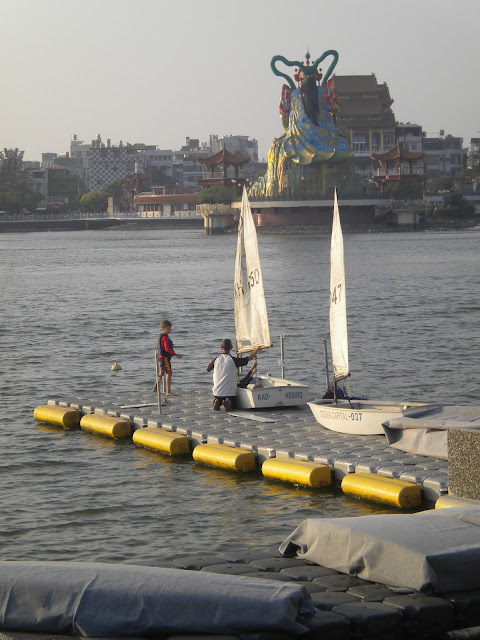 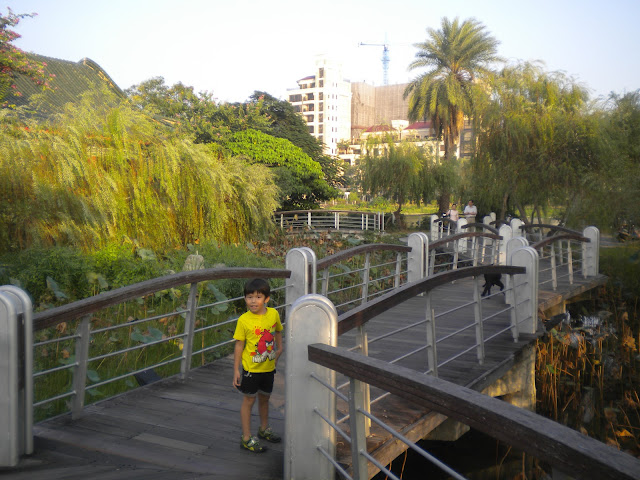 A new cafe across the street from the Dragon & Tiger Pagodas made for a nice break.
Their fresh roasted coffee was really good and the folks running it were very friendly. 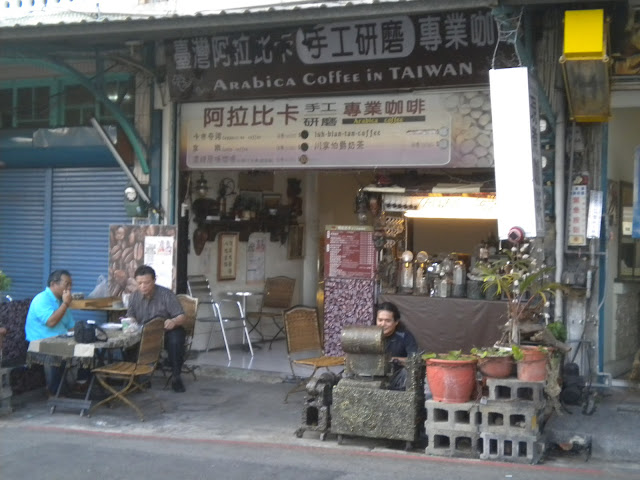 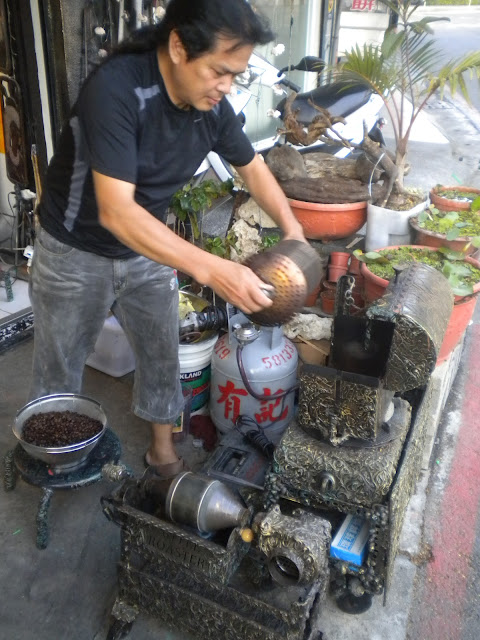 We didn't stop long at the Pagodas, as our trail-a-bike was getting a little too much attention from the large groups of Chinese tourists unloading from their buses. 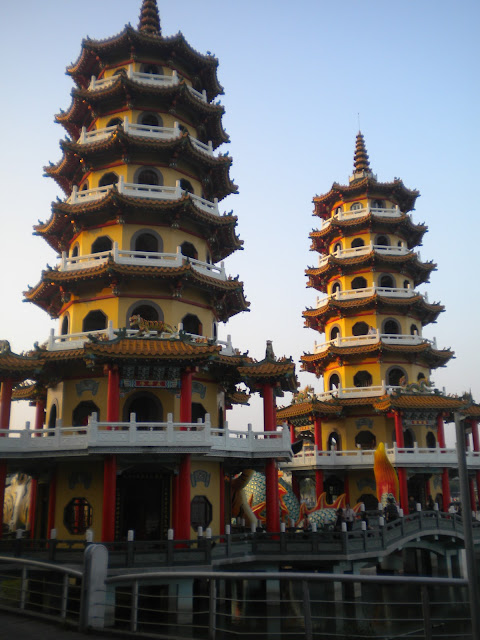 The lake had one last surprise for us though; a cable line system for learning how to water-ski.
My attempt to explain what they were doing was soon cut short by my son:
"I know what they're doing - it's just like Penguins of Madagascar! 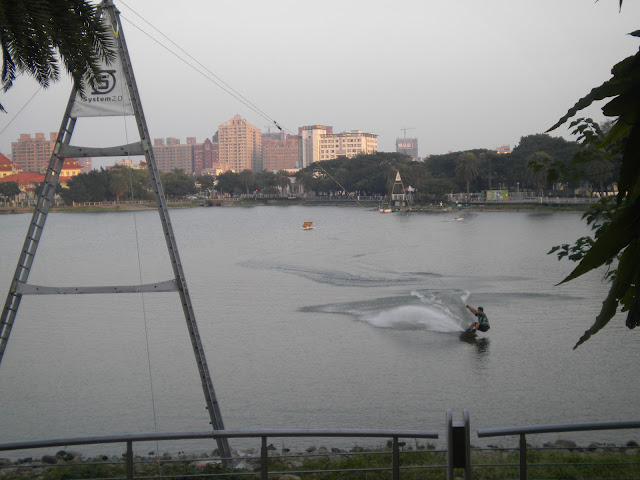